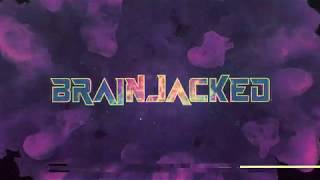 After some deliberation, we have decided that our next full project will be La Cyberissima, which can be summed up (but not fully explained) as neo-Renaissance, cyberpunk, Italian city-states. It's a setting that grew out of a short 'Play By Mail' game I ran in a local 'PBMzine' back when that was a thing. It's title is a working one based on the Venetian setting of the PBM. Neo-Renaissance refers to the design aesthetic, the art, the clothes, the buildings, the social and power structures. If you can imagine the Blade Runner market scene set around the Campo de' Fiori in Rome, during a dusty twilight, with the cloths and styles informed by broad late renaissance trends rather than Asian influenced tech-noir, that's the aesthetic we are building from. The dominant powers are the city-states and the great families that rule them; allying, feuding, intermarrying and warring with each other, uniting only to stamp on threats to the social order that keeps them on top. When today's enemy can be tomorrow's spouse, plausible deniability is king and thus deniable (and disposable) catspaws are a necessity.

So if it lacks the mirrorshades and corporations can I get away with calling it cyberpunk? That's an interesting question. Cyberpunk as a label can be applied to many things; an aesthetic, a literary genre and an RPG. So how do these stack up against our intention? The neo-Renaissance style is indeed a move away from the classic cyberpunk dystopia. Some of our inspiration for this choice comes from the intrigues and politics of the Italian Renaissance, other sources include 'Feudal Future' Sci-fi, such as Dune or the Fading Suns RPG. It doesn't fit the classic ' Darkness and Mirrorshades' aesthetic or the tech-noir of the Bladerunner films, though elements of both can crop up; but I feel the fundamental theme of the game is still cyberpunk. Looking at Erich Schneider's excellent definition: "Cyberpunk...... in general, deals with marginalized people in technologically-enhanced cultural 'systems". The great families dominate the cities through their control of access to key technologies, creating a de facto caste system that supports them. Even in 'Republics' of the setting such as Venice the system exists to maintain control. People power, such as it is, is channelled to support the status quo. Furthermore, the society's elites apply their knowledge of social and economic trends to ensure that this system is not disrupted by 'progress' and maintain their grip on society. This makes the great families cyberpunk antagonists, regardless of the clothes they wear or the titles they use to justify their power. Likewise, Player Characters can easily fit the classic cyberpunk niche of "criminals, outcasts, visionaries, dissenters and misfits", utilising and adapting the technologies in 'the system' for their purposes. The stories we are designing the game for are cyberpunk ones, with grey morality, intrigue, betrayal and bittersweet victory; leavened with the RPG staples of a healthy dose of action and cyber-technology. So I am happy to use cyberpunk as a reference for what we are doing.